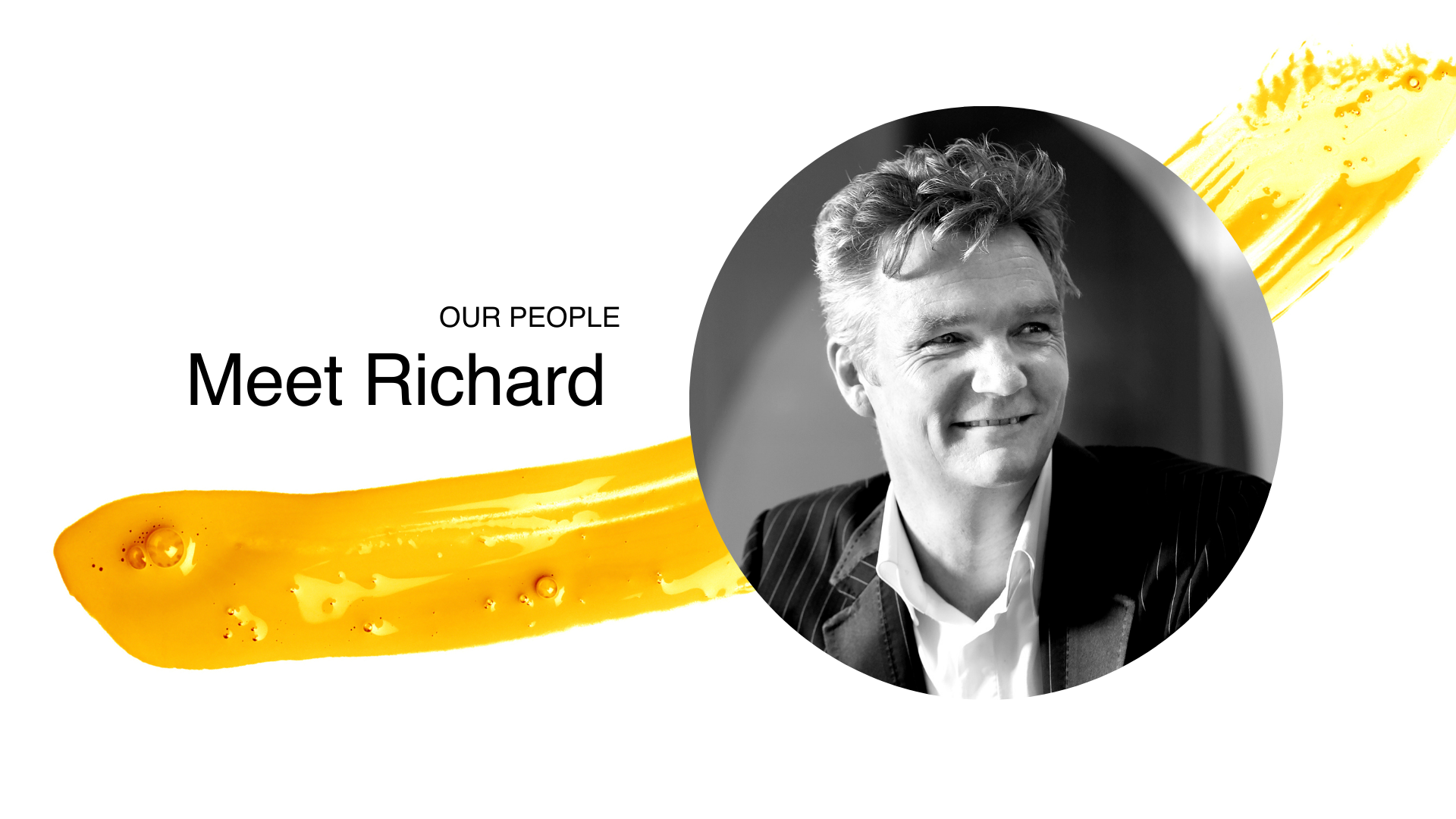 You’re the Co-Founder and Executive Creative Director at DPR&Co. How did this come about?
My background is with multinationals in Australia, the USA, London and Singapore. I had my own business and client base in Melbourne, and Phil and Dom were running a great agency called Accelerator, a company Phil had founded some years before.

After collaborating on some really exciting projects, we decided that we were a good team from a skill set, experience, and cultural point of view. We merged and became DPR&Co in 2014. Dom is the ‘D’ and our MD; Phil is the ‘P’ and Agency Principal; I’m the ‘R’ and Executive Creative Director. We all work closely with Leanne O’Connor, the fourth member of our executive team, supported by an amazing group of creative, digital and account management people.

What has been one of your most successful campaigns, and why?
The Rhonda and Ketut “Bali” campaign for AAMI. It’s been the most talked-about campaign in the last ten years among everyday Australians and won an Effie award for its effectiveness. Our work for Chisholm Institute and the Victorian Department of Health has also been particularly rewarding, as these campaigns changed people’s lives for the better.

What has been one of your most challenging campaigns, and why?
Our “SafeScript” campaign for the Department of Health, which cautioned at-risk people about the dangers of prescription drug misuse. The complexity of the task meant that we couldn’t employ standard behavioural change tactics - even though these prescription medications can be dangerous, they’re indispensable to many people.

How have brands changed with the great shift from traditional media to digital media?
The most significant change to brand communications in the last ten years has been the now-common phenomenon of major brands playing in the political space. This shift has been largely technology-driven as the politics of Silicon Valley has been supercharged by social media opinion leaders who dominate their platforms. Major global brands have followed their cues. If Tom Wolfe were around, he would write a masterpiece about it.

What skills or learnings have you gained during this transition, particularly over the last 4-5 years?
In the early years of social media, many clients felt that the technologist skill set would replace creative and strategic skill sets. Most have since realised that, while you need all of these, it’s primarily strategic and creative brilliance that they want from agencies. These things can't be commodified.

What are your predictions for new ways creative will evolve post COVID?
People value human connection and local Australian stories more. That’s evident in consumer preferences across almost all product and service categories. Trust is becoming a more important ingredient in how people relate to brands.


How do you get inspired to come up with a new concept? What is your creative process?
At DPR&Co, we spend a great deal of energy searching for the New Truth – what is new, true, and compelling about a brand. The New Truth integrates all our thinking and becomes the core of our campaigns.

Employer branding: What do your people really want from their job?