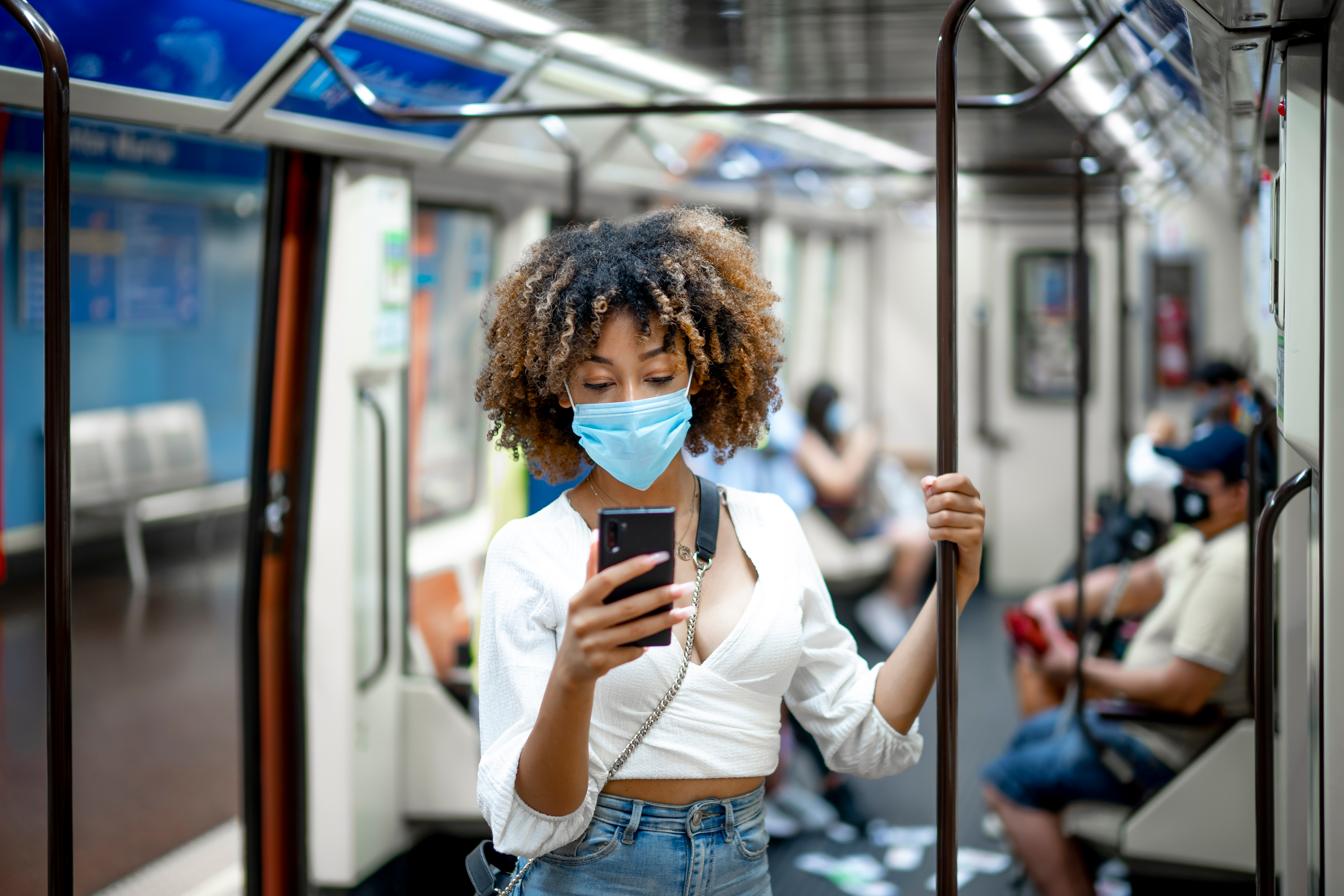 How to win hearts and minds with your next social marketing project.

DPR&Co has a proud record in the delivery of highly effective behaviour change campaigns – primarily for government departments and statutory authorities.

From fire safety and energy safety to prescription drug misuse to under-insurance in fire and flood prone areas, we’ve honed our skills and refined our approach. Here, we share the top 4 imperatives for achieving effective and lasting shifts in attitudes and behaviours.

1. Research as a foundation

Most social marketing campaigns are founded on solid research – sometimes purpose-commissioned, sometimes standing research and often a combination of the two. This is the research that establishes the scale and depth of the issue and contributes to the case for government action.

This is also the research that accompanies the best social marketing campaign briefs. If it’s robust, it can provide a powerful foundation for a compelling campaign strategy. It can also inform the development of audience personas and propositions.

In most instances, however, it doesn’t address the specific communication requirements of a complex set of audiences – vital ingredients in delivering a creative strategy that will be credible and sufficiently compelling to play a meaningful role in changing target audience behaviour.

Message testing (not concept testing) is an important initial component of the communications research.

For the risk/benefit equation to be clear and present, the messaging must frame the required behavioural shift, the consequences of non-compliance and establish a positive sense of the benefits of compliance.

While an understanding of the nature of the problem and the attitudes that underpin it may have been formed through research that informed the brief, it is unlikely to have been directed toward identifying the specific messages that will resonate with the targets of the campaign. There are types of information that, if not addressed, can impact negatively on the effectiveness of the campaign.

How to structure research

We’ve all seen tick-the-box social marketing campaigns that have been through so many hurdles that they’ve become mundane. These campaigns serve to highlight the danger of the poor use of research to guide the creative ideation process.

Here is DPR&Co’s approach to research for social marketing campaigns:

1. Proposition development – based on the brief and any 'standing' or third-party research, you and your agency should collaborate in the development of a core campaign proposition and reverse communications brief. This is an important foundational step that ensures you are in lockstep on exactly what the campaign needs to communicate. This is also an important process of distillation that strips the brief back to its very essence – nothing peripheral.


An important part of this phase is discussing the validity of the campaign objectives and key performance expectations. This is a reality check to manage expectations on how significant a result can be generated within a specific timeframe.

2. Strategic communications foundations – this is a pivotal stage often overlooked in the rush to a creative solution. At DPR&Co, our approach to this stage involves the development of a spectrum of creative themes (not executions). These may be expressed as very simple but powerful statements, the purpose of which is twofold:
- to bring to life the proposition in a way that is sufficiently powerful to shift entrenched thinking; and
- to suggest a creative direction.


We call this process The New Real because it involves the identification of a new and true relationship between the audience and subject matter. We recommend working hard until 5-6 viable themes have been developed.

The New Real process involves taking these themes into a collaborative workshop with our client and key stakeholders. The agreed themes are then placed into qualitative (and sometimes quantitative) research for message testing. At the same time, we are learning about campaign linguistics, audience segmentation and propensity testing. This research is completely objective – to test which of the themes represents the best response to the proposition.

Importantly, this early direction-setting allows other contributors to the campaign to be ‘brought into the tent’, enabling discussions around media/social integration and campaign activation to begin early. This is a vital, but often overlooked, part of the strategic foundation of any campaign aimed at behaviour change. Shifts in attitudes don’t happen overnight and budgets are never unlimited. Integrating the campaign across media, PR, community management and other earned/owned channels will ensure audiences stay connected to the campaign for longer.

3. Concept development – having determined the resonant creative ‘aperture’ through The New Real process, we then develop a spectrum of concepts. Each one is a different execution on the resonant theme. Each is developed with the benefit of the audience insight gained from our message testing.


We usually develop three concepts. These are again discussed with our client and its stakeholders as to how effectively they meet audience needs. After this additional point of collaboration, we also enter into the departmental approvals process for the ideas we’re taking into concept testing.

4. Concept testing – Each concept is quantitatively tested for:


Once complete, the research findings are analysed and workshopped with our client. The research-endorsed concept is then presented for departmental approvals prior to production.

5. Final approval – the finished campaign creative is presented to the client and any final amendments are made before being placed into the final approvals process.

In the real-world environment, the competitive tendering process and time pressures may limit the deployment of this process in full. In addition, many government agencies prefer to engage agencies through a creatively-based selection process.

For complex or high-risk campaigns that may involve contentious subject matter, however, we believe a strategy-based pitch process that enables a rigorous process of collaboration and discovery is a better pathway to a profoundly successful result.

2. The psychology of behaviour change

Bringing about a sustainable shift in attitudes or behaviour requires messages that address both the rational and the limbic brain.

In many instances, the rational argument is straightforward. A well-founded proposition, clearly articulated through a high-impact campaign, may well achieve a shift in rational thinking. But thinking is not behaviour. Shifting behaviour is much more difficult because it requires engaging the limbic brain, the area that deals with emotions, memory and behaviour reinforcement.

As Dr Peter Steidl outlines in his 2013 book, Neurobranding, most of what we would call ‘negative behaviours’ (addiction, high-risk, ‘fight or flight’ responses and anti-social behaviours) are driven by what he describes as ‘dopamine events’. These are events where the mere anticipation of a reward stimulates the brain to produce higher levels of dopamine. Then the action itself sets off a second dopamine event. After the event, the memory of it drives further anticipation, which produces more dopamine, and so on. This is a powerful cycle that is extremely challenging to break.

In other instances, the need may be to break down a barrier to action. Convincing people to leave their homes early in times of fire danger is an example. Dr Steidl’s research suggests that, in these situations, the mental process is reversed. The limbic brain is tuned to respond to clear and present danger. When the danger is not clear (no fire coming over the hill), the limbic brain, sensing no danger, overrides the rational brain and sabotages its best intentions to leave early. This at least partially explains why, in a survey conducted by the Victorian Government’s Bushfire and Natural Hazards Cooperative Research Centre a few years after the tragic 2009 Black Saturday fires, less than 1% of people left early on a day of extreme fire danger when, in a previous poll, more than 60% had said they would do so.

Another important factor to understand is the role that ‘primes’ play in turning thoughts into action. Where a mnemonic device aids memorability, a prime is communications device that prepares the audience for action. Understanding how primes work will help ensure your audience is receptive to your message. And that will contribute immensely to the effectiveness of your campaign.

Invariably, it takes more than advertising. A case in point is the original TAC campaign, one of the most effective behaviour change campaigns in Australia’s history.

There had been many previous road safety campaigns, some of which were creatively strong. None had succeeded in delivering a significant shift in driver behaviour and the Victorian road toll continued to escalate toward 1000 fatalities.

What was different about the TAC Drink, Drive, Bloody Idiot and Speed Kills campaigns was that they brought together:

Another highly successful program has been the Victorian Government’s current SafeScript campaign, created by DPR&Co. The Legislation mandates Real-Time Prescription Monitoring, which allows doctors and pharmacists to see patients’ prescription histories for certain high-risk medications and intervene where problem usage is detected. Enforcement takes the form of penalties for negligent prescribing or dispensing as well as the implicit risk of identification/exposure for those engaged in ‘doctor shopping’. The communications component frames the risk of certain prescription medications in powerful terms and the expectation of being identified in the event of at-risk behaviour.

In both of the above cases, the communications go beyond the purely rational. They present the risks in clear and immediate terms, producing emotions in the target audience that stimulate the limbic brain system. Legislation, Enforcement, Communication (LEC). It’s the infrastructure of change.4.

Bringing about a meaningful and sustainable shift in behaviour is extremely challenging. It takes understanding, insight, acumen and persistence. Moreover, it requires deep subject matter expertise that you are usually the most qualified to provide.

You should be very clear about your SMART (specific, measurable, attainable, realistic and time-bound) objectives. If your agency thinks they’re fanciful, they should tell you before you’ve spent your money.

Many agencies view behaviour-change campaigns as a ticket to Cannes – an opportunity to tug at the heartstrings on important issues and win a cabinet full of trophies. And it’s easy to be seduced into mistaking a moving campaign for an effective one. Resist this at all costs.

The way to ensure continuing focus is to spend a lot of time on the brief. As Abraham Lincoln once said, ‘If I have 6 hours to fell a tree, I’ll spend the first 4 sharpening the axe’. So, make your brief your True North. Make sure it has sufficient substance to measure ideas against. Then trust your research and your instincts in holding true to your brief and its objectives.

The New Real is a proprietary approach to integrating your brief, research and client-derived insights most effectively with the ideation process.

The New Real helps us define what is new and true about the relationship between your audience and issue. It is a process that supports us in building a solid and robust foundation of the campaign through:

It means we spend less time developing ideas that would never have been acceptable to you, are inappropriate for their purpose, or that would have been seen as profligate, convenient or facile by the audience.

The New Real ensures that our client is fully aware of the provenance of the ideas. This means your communications team and stakeholders are better equipped to advocate for ideas with genuine cut-through.

Want to know more about behaviour change campaigns? Simply fill in the form below and we will be in touch.

A softer economy is predicted in the New Year. Here’s how you can win.

Meet Thea, our newest member at the ‘Co’

Before we forget the pain, let’s mandate truth in political advertising.